Just east of Fort train station in Colombo, Manning Market is ripe with everything grown in Sri Lanka. It’s the city’s wholesale fruit and veg centre and is a monkey’s dream of bananas.

Today it’s hot, really hot. Even on New Year’s Day the men carry many pounds of bananas on their backs and shoulders. One after another. Their shirts are pulled up over their shoulders to provide a place to hold their cargo where the sweat of their bodies won’t cause it to slip off. Most wear only ragged flip-flops on their feet or even nothing. Bent half over from the weight, they transport the bananas from the trucks to the steamy warehouses and back out to the waiting trucks of the buyers. It’s hard, hard work. Yet they took the time to smile and get in touch with me – pose for a few photographs and laugh at the back of my camera. Then on to the next load… 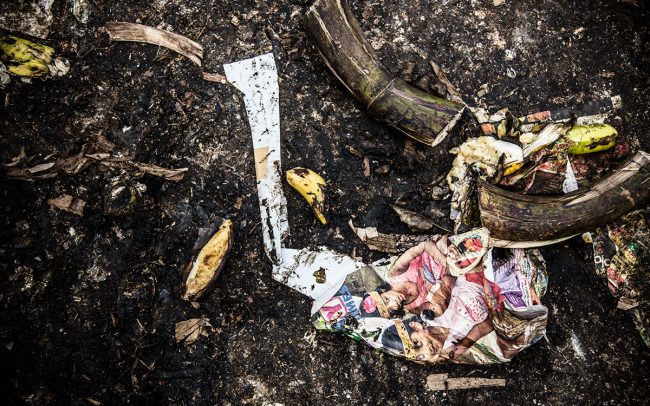 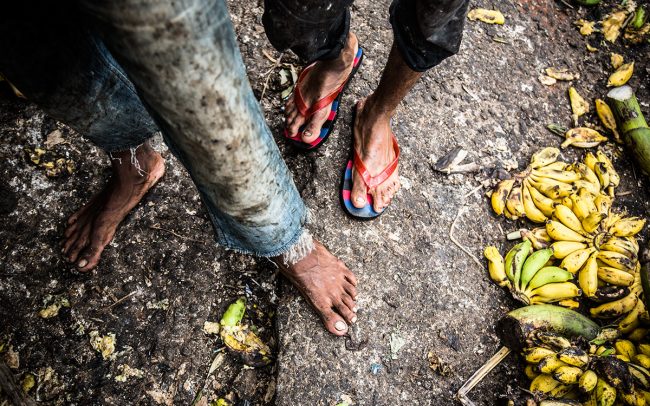 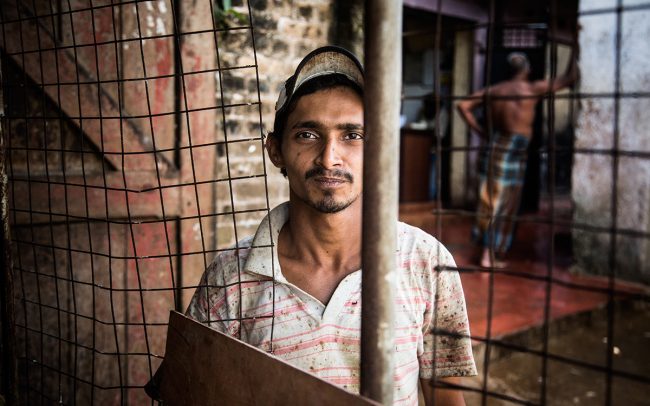 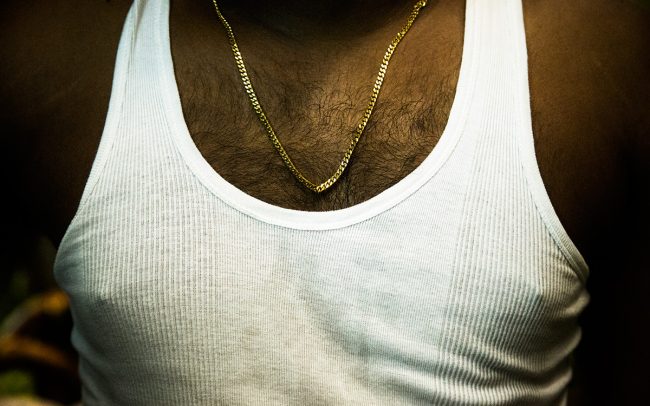 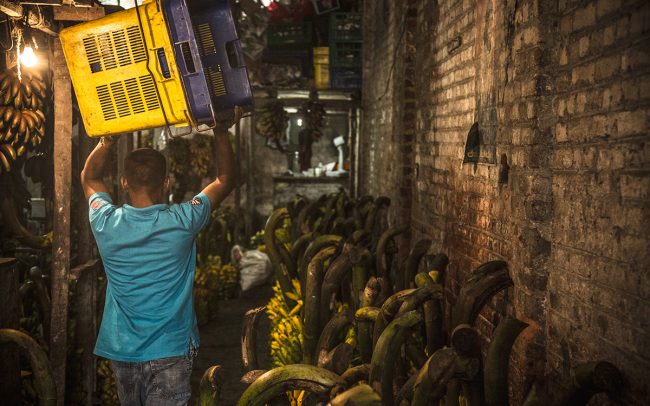 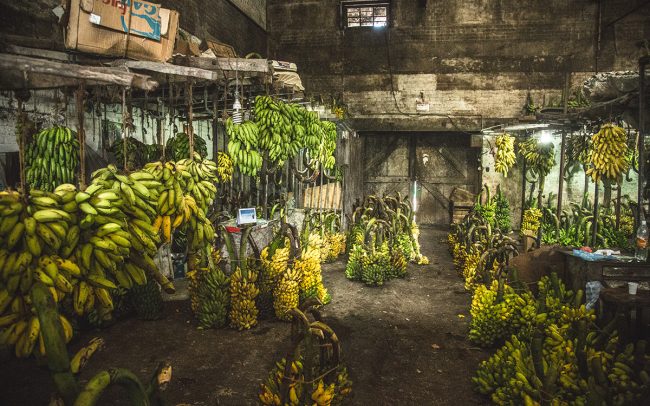 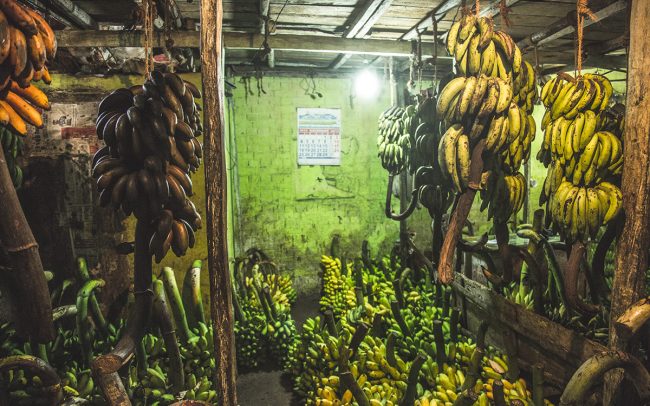 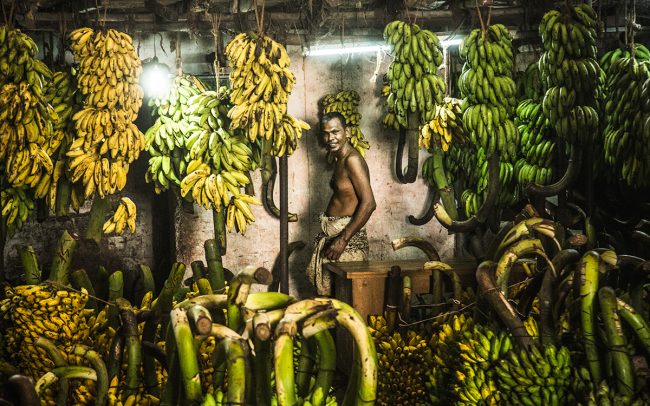 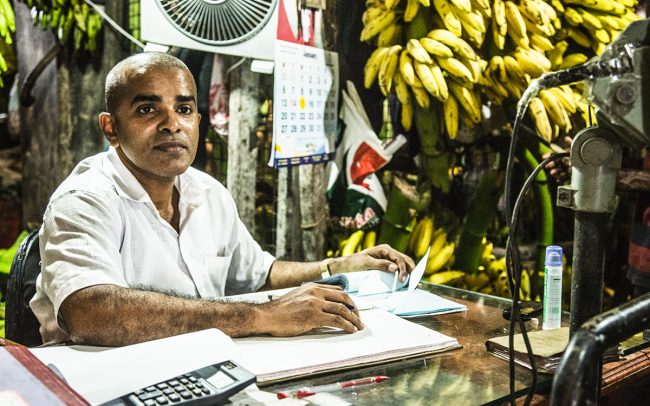 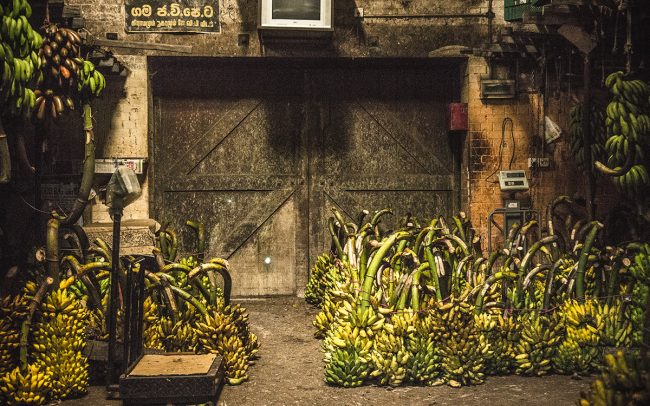 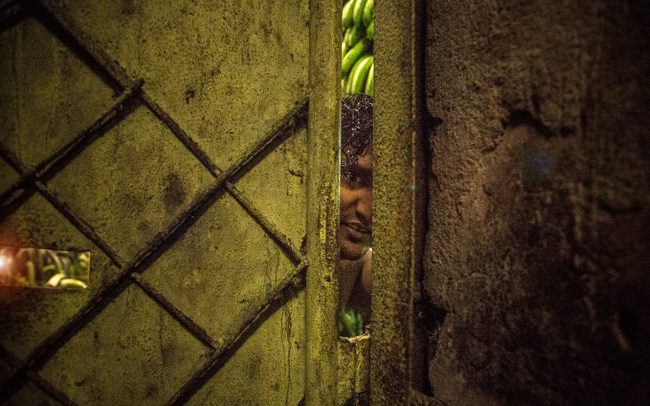 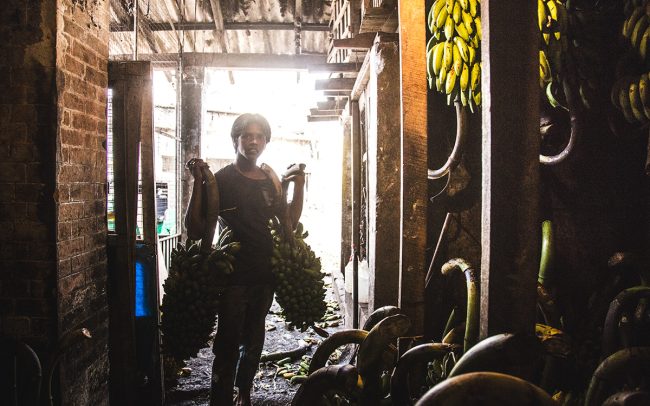 Banana is an important fruit crop cultivated in Sri Lanka. Weerasingha (2001) reported that approximately 100000 Sri Lankans are engaged in the banana industry. The land extent under banana is 48686 hectars and this extent varied between 47000-48000 ha over the last four years (Census and Statistics, 1998). The data in the same report showed that the annual extents of papaw and pineapple are 6000 ha and 3476 ha, respectively and these crops are in the second and third places. Overall Sri Lanka produces about 800000 metric tonnes of fruits and vegetables a year, most is produced by farmers with less than 2,5 ha of land.

So banana is the most widely cultivated and consumed fruit in Sri Lanka. It is also an attractive perennial fruit crop for farmers due to its high economic gains throughout the year. Even rice fields are being converted to grow banana, as it gives more economic benefits, requires relatively less water and less input than rice, and gives higher returns than rice. The farmer’s net profit has gone up about four times compared with rice, accroding to the department of Botany at the University of Colombo.

In addition banana production is labor intensive, delivers a relatively quick return on effort and investment, provides a weekly income year round, and the crop recovers quickly from hurricanes and other natural disasters (Department of agriculture, University of Sabaragamuwa).

Sri Lanka‘s Fruit and Vegetable Producers Processors and Exporters Association is expecting to boost exports of 88 mio. US$ by 2015 from 32 mio. US$ in 2012, Vice President Indira Malwatte said. Banana has emerged as the top fruit export expanding fast from 2008 and is ranked 50th in the world (lankabusinessonline.com).